If you’re heading to London on business sometime soon, and are looking to get the most out of your stay, you’ve no doubt started to think about some of the best things you can see and do in between your hectic schedule. You’re also sure to want activities that are fairly low key after a long day of working, but luckily, there are plenty of things to do in this vibrant capital for all moods, budgets and occasions.

Paddington in particular is a great hub for business travellers because, as well as being a fantastic location in its own right, it’s also conveniently located to lots of other key parts of the city.

A little bit of history and general info

Paddington is in West London and is ideally located between two of the city’s top Royal Parks, as well as vibrant areas such as Notting Hill and the famous West End – a favourite with theatre lovers.

Paddington is most known for being home to St Mary’s Hospital, where Nobel Prize winner Sir Alexander Fleming transformed medicine as we know it, with his accidental discovery of penicillin. Today, it’s also known for being the birthplace of the youngest royals in the family – it’s where Prince William, Prince Harry, Prince George and Princess Charlotte were all born. The station has another significant royal connection – back in 1842, Queen Victoria boarded her first-ever train journey, travelling from Slough to Paddington in a specially designed carriage truly fit for a queen. Thanks to this Windsor link, Queen Victoria became a consistent Paddington commuter and was granted a royal waiting room in her honour, which is now the First Class Lounge on platform one. Take a look inside for a glimpse at the station’s glamorous past.

If you’re a literature fan (or have little ones) you’ll also know it from Michael Bond’s famous, much-loved children’s book Paddington, which centred round a bear with the same name.

Paddington station is not only famous because of the little bear, though! (However, it is home to a very cute bronze statue of him). It’s a centre point for connecting London with other parts of the UK and is also on a number of the city’s tube lines. Therefore, you can transfer straight from your mainline train onto the tube using either the Hammersmith and City Line, Circle Line, District Line or the Bakerloo Line. 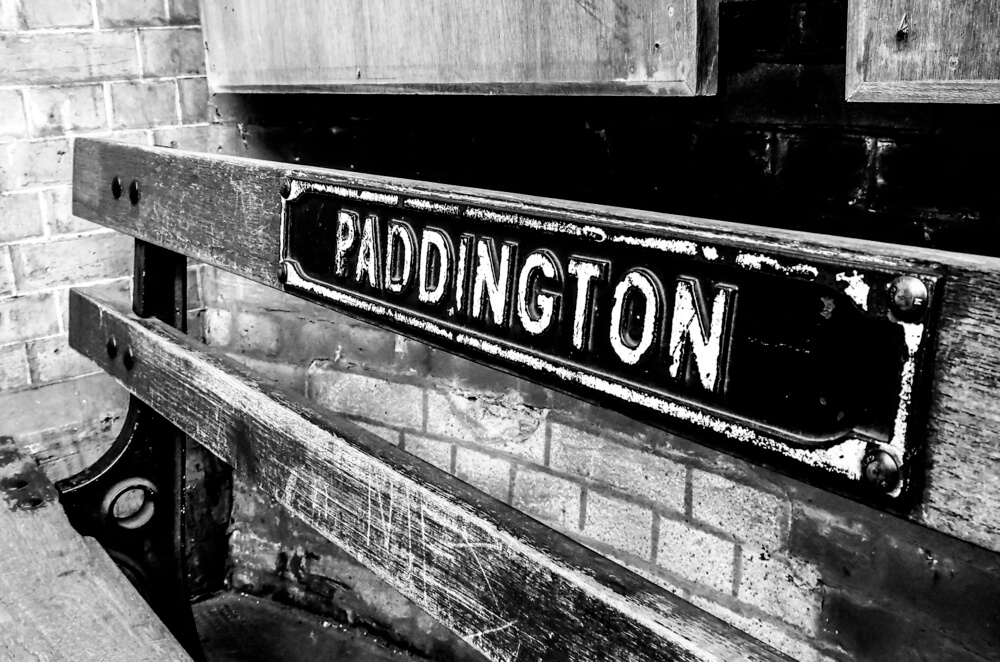 If you’re likely to be travelling around different zones in London for more than a day or two, it may be well worth picking up a travel card, or an Oyster card to make your travel cheaper and easier to keep track of in terms of funds spent, and receipts.

The core station area has been used since 1838. The station was designed by renowned engineer, Isambard Kingdom Brunel. Although just 27 when he first gained details of the commission, Brunel was already an experienced engineer having worked together with his father on the Thames tunnel in the middle of Wapping and Rotherhithe, which is still in use today.

It’s also conveniently connected by London buses and London black cabs, which make jetting from meeting to meeting even easier. The person at the front desk of the Devonshire Hotel Paddington will be able to book you a local cab, too.

There’s lots of great Accommodation Near Paddington Station, so you’ll have everything you need as soon as you get off the train.

Things to do in Paddington

There’s so much to do in and around Paddington that you shouldn’t need to venture too far to find something to keep you entertained, relaxed or fed and watered. 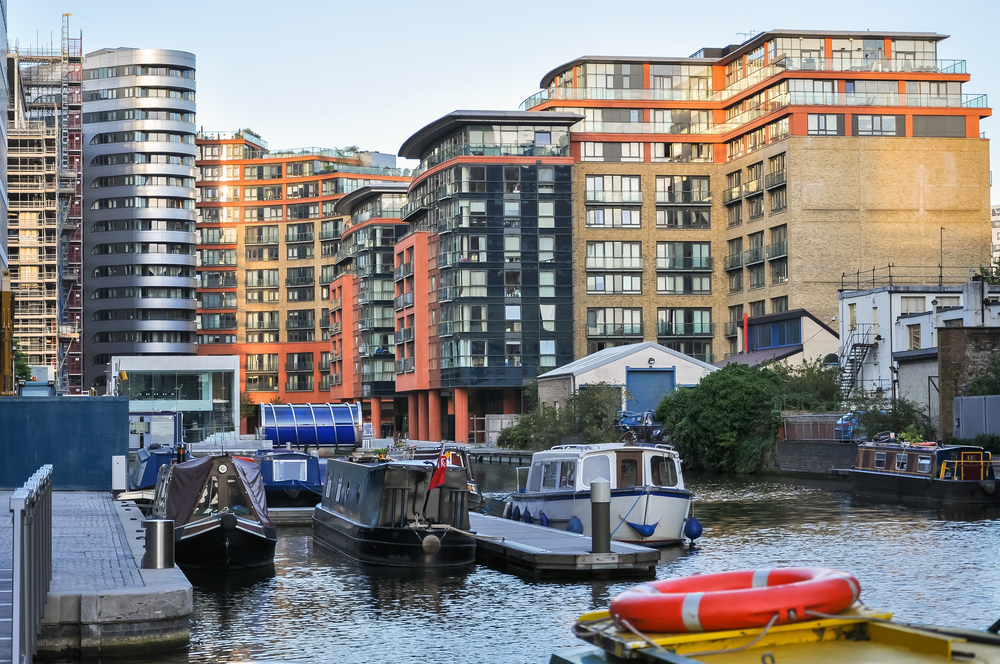 Paddington Station is close to both Hyde Park and Kensington Gardens, which are two great places to sit back, relax and unwind after a long day, or on your lunch break.

Likewise, Regent’s Canal is also nearby, so if you have a bit of spare time, it’s well worth a trip down the canal either by foot or boat, to watch the world go by and to experience a little slice of the continent, known as London’s Little Venice.

Fancy learning a little more about the city’s sophisticated underground travel network on your visit? You’re in luck in Paddington. Take a ‘Tube Tour’, and travel across 150 years of London Underground history in just two hours. Highlights include a look at original plans for the tube, travelling along the proposed ‘Viking Line’, and seeing the concealed secrets of the tube’s architectural history that will transform your journeys forever.

Eating and drinking in Paddington

Lots of the best hotels in Paddington have great restaurants and bars to eat in, which is ideal as you can retreat to the comfort of your room in peace. Make sure to book early to take advantage of the best London Hotel Offers. 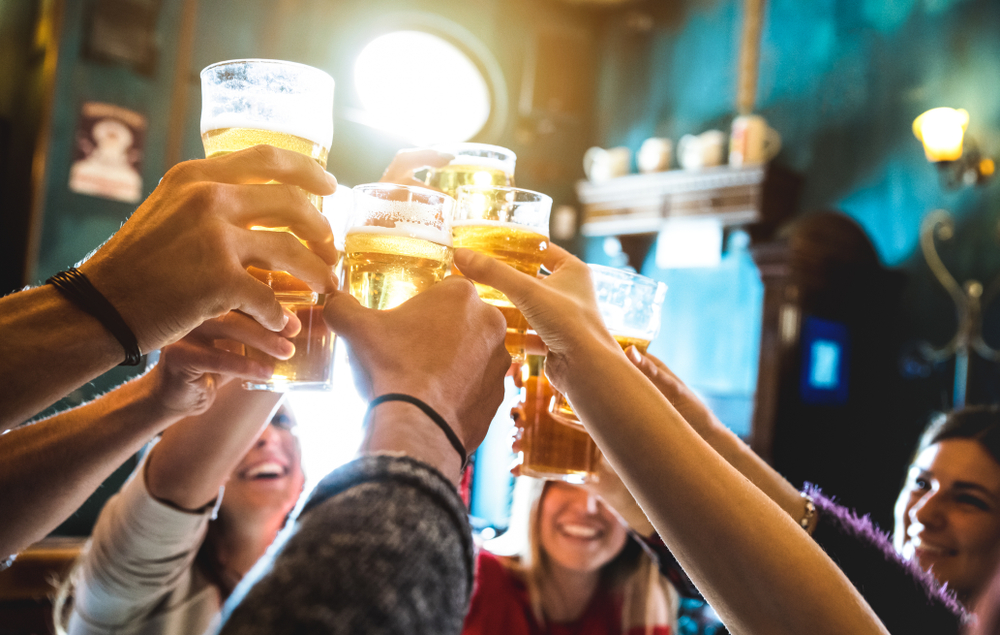 If you do want to combine eating or drinking with a bit of exploring, you’re also in luck. In Merchant Square, located right by the station, you can enjoy street food every Tuesday and Thursday, with vendors sharing their world-class food from cuisines across the globe.

The Canal Café, situated in beautiful, serene surroundings, hosts some of the top new writing and stand-up comedy talents in the city, sharing a truly unique experience of London.

If you fancy a traditional British tipple after a stressful day, there are some excellent pubs in the area. One of the local favourites is The Victoria; a proper English pub, complete with lots of wood panelling, luxurious armchairs and brass light fittings. But most importantly, it has a great selection of beers and ales on tap. Try to grab a chair on the small outside terrace when it’s sunny.

That is, if they haven’t already been taken by the locals!

After some nice wine rather than a pint? Head to the famous Cork and Bottle, the Paddington alternative of the Covent Garden original. It’s great for a full meal, but maybe the highest pleasure here can be found by pairing one of the numerous wines with some cheese, an abundant selection of which is available.