Quirky vs. Classic Tea: What to Expect

There is a rite of passage when staying in luxury boutique hotels in London, and that is to partake in the unmistakably, quintessentially British tradition of afternoon tea. However, London is a city of contradictions – of sleek, modern, restaurants in Grade II listed buildings and of experimental art exhibitions in historically significant royal residences like Somerset House.

This means that you do not have to play things entirely to the book in order to enjoy the tradition of afternoon tea – there are plenty of quirky options. Here are a few of the best of each – quirky and classic – and what to expect from them. After that, you can decide which is most up your alley…especially when your alley is The Devonshire London Paddington, which puts you in the perfect position to explore this great city. 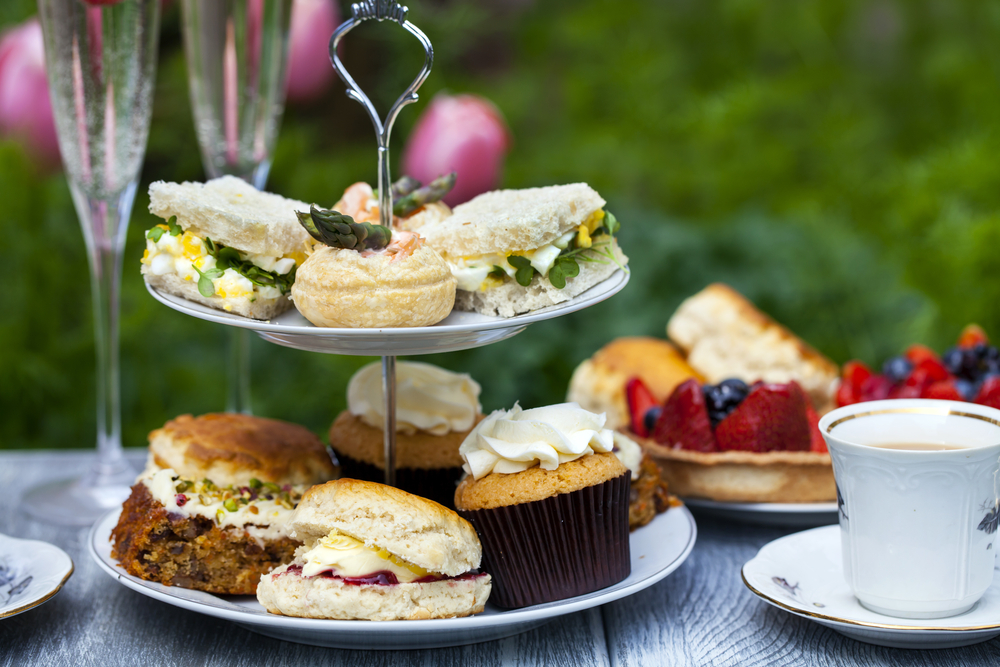 A few things to remember before heading to any of these classic afternoon tea spots: they are a bit of a cultural institution, so you are required to dress smartly. That is not to say you need to arrive in your finest coattails, but rather just a warning to embrace more of a “smart casual” attire than a laid-back-traveller look.

If anything, it is an excuse to dress up a bit! Another helpful note: the “pinkies up” thing when drinking tea is totally fictional. Don’t do it. All it serves to do is show you don’t do this very often and make you stick out like a sore thumb… or pinky. 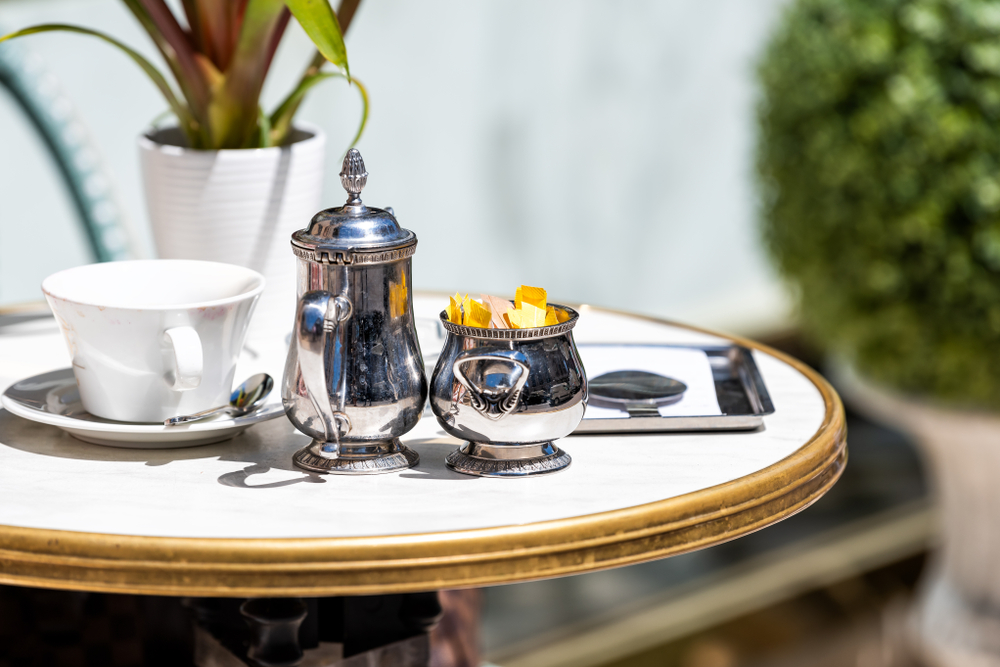 Located just across the street from The Devonshire, our sister hotel puts on an incredible afternoon tea with all the trimmings. You can expect the finest leaf tea or champagne if you have something to celebrate. We take the English tea tradition seriously which means the finger sandwiches, scones, macaroons, and cream will all be elegant and quintessentially British.

But, that’s not all. The hotel also has Chocolate Afternoon Tea and Indian Afternoon Tea on offer, meaning – technically! – this counts as both classic and quirky. Two-for-one!

Of course, we know many visitors like to use experiences like afternoon tea as a means to explore the city, so we’ve put together a few more options for anyone keen to get out of the neighbourhood. 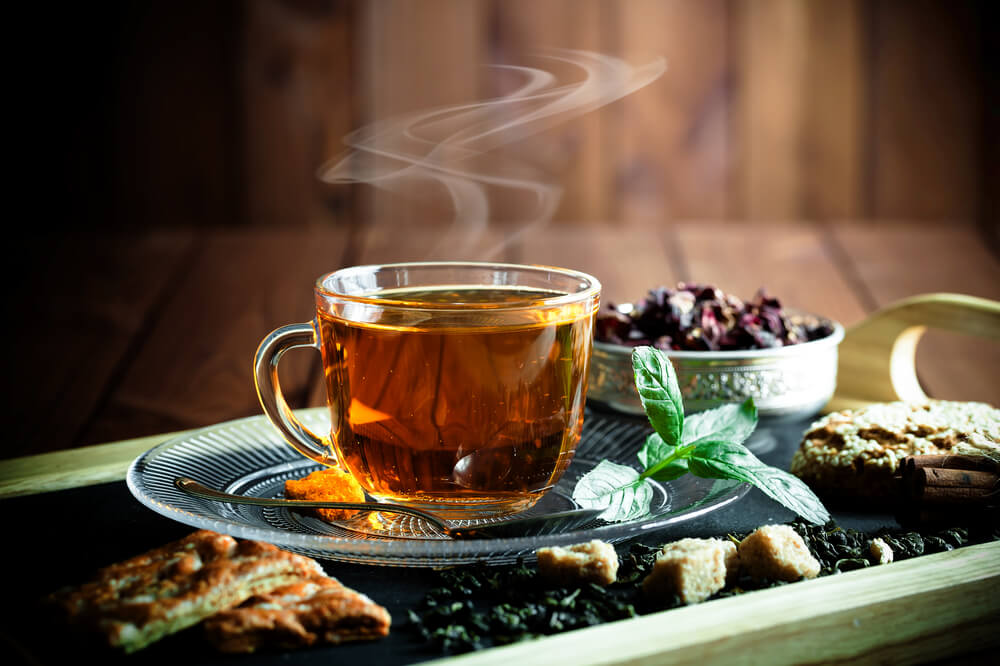 If you are looking for about as classic as it gets, then tucking into Cream Tea at Harrods is a great bet. Everyone has heard of Harrods, but not everyone realizes that apart from being one of the world’s most iconic department stores, it is also home to a food hall, restaurants and cafés that people specifically visit for. The place to go is the Harrods Tea Rooms, which were once known as The Georgian. It is on the fourth floor and is the utter picture of elegance, decadence and delightfully small sandwiches. You can expect every type of traditional finger food, tart, pastry and, the most important: clotted cream and Harrods jam scones.

Located in London Oxford Street’s House of Fraser is The Tea Terrace Restaurant & Tea Room and it is an unmissable stop if you are looking to enjoy afternoon tea the traditional British way. Expect pastel-coloured walls and blue, pink and white upholstered chairs, and enjoy being part of something truly special. The tea room opened in 2010 and since then, it has served tea to two million customers and counting – so there is something to be said for the way they are doing things. 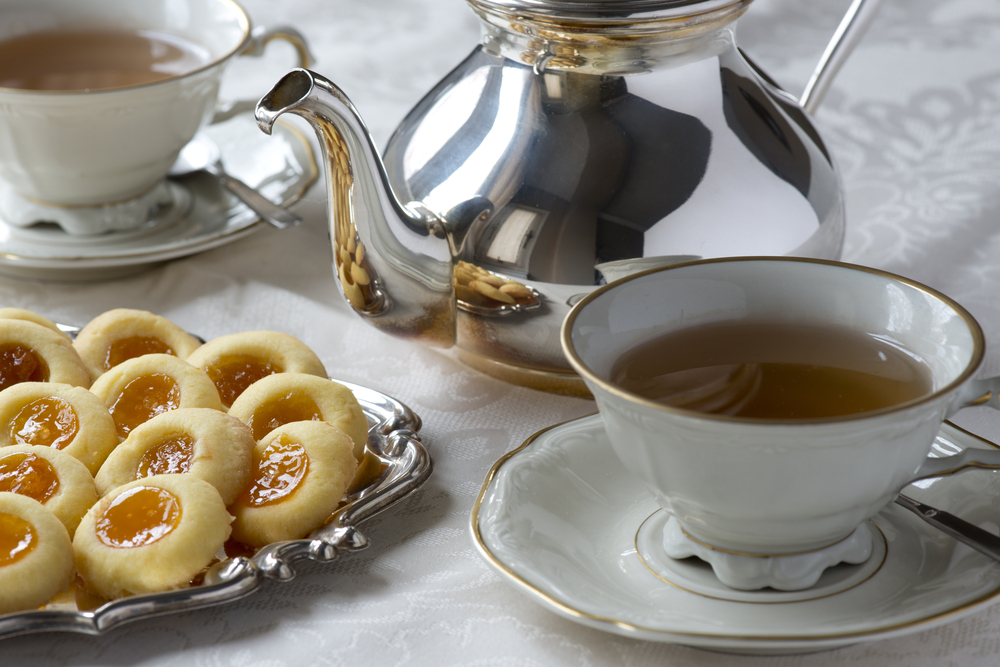 Tea and Tattle is a traditional tea room that is opposite the British Museum. It is attached to a book shop, making it about as twee as tea can get. Their fresh leaf tea is served in bone china, with clotted cream and jam scones, a selection of delicate finger sandwiches and tasty cakes. Given its location, it is the perfect place to refuel after a day of exploring and sightseeing.

This is where things get fun – where tradition blends with the eclectic, melting-pot nature of London. Whether it is themed tea or a twist on the original, these places are a great hybrid of modern experience and traditional tea. When it comes to quirky afternoon tea, there is a seldom a dress-code – or at least, not one as stringent or noticeable as those of classic tea. Many of the themed experiences, for instance, encourage dressing up in character and you won’t be out of sourced donning a wizard’s hat and wand in The Potion Room… 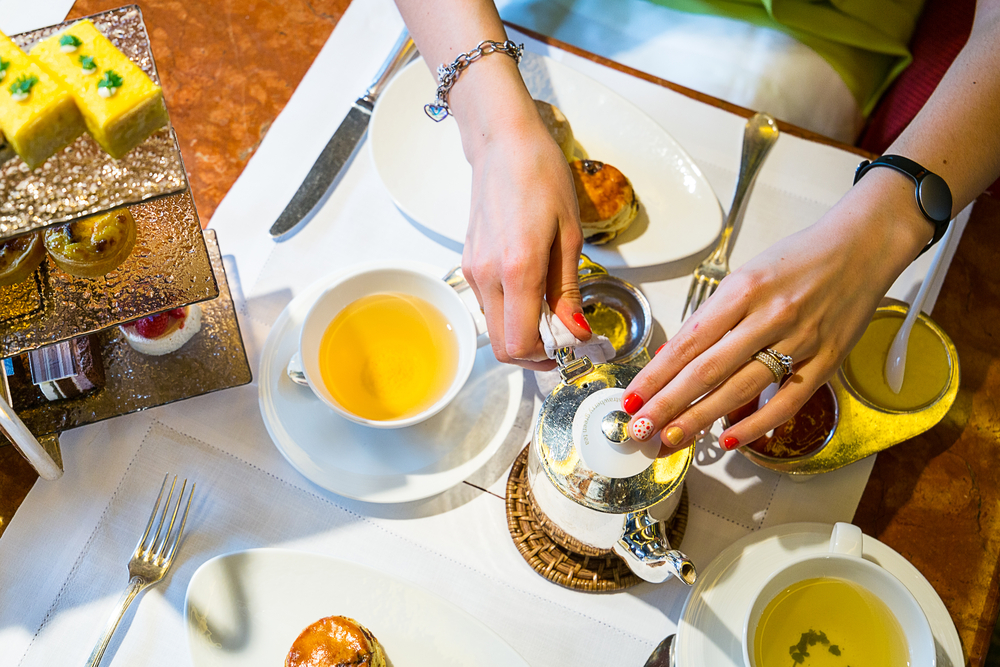 Cutter and Squidge’s Harry Potter themed afternoon tea is a magical experience for both children and adults alike. The experience lasts two hours and during that time you will feel like you have taken the Hogwarts Express to school and back for the year. You create drinkable and edible potions and concoctions, that all in some way represent British classics of traditional afternoon tea. Essentially, you have all the best parts of tradition (like the flavours and bite-sized goodies) while enjoying all the quirky benefits of the magical world of Harry Potter and potion-making (like a warm brew of unicorn tear tea!) Your potions professor will make sure it all goes down deliciously.

Traditionalists might implore you not to fix what isn’t broken, however, when you realise that you can have traditional afternoon tea in all its original glory amidst a cat-themed (and filled) café, even those traditionalists may have a change of heart. This is high tea with cats and it has been working swimmingly since 2014. The tea rooms are Alice in Wonderland themed and are the perfect example of taking the traditional and turning it on its head. This journey down the rabbit hole is a taste adventure and you best believe that anything reading “Drink Me” or “Eat Me” is worth obeying. 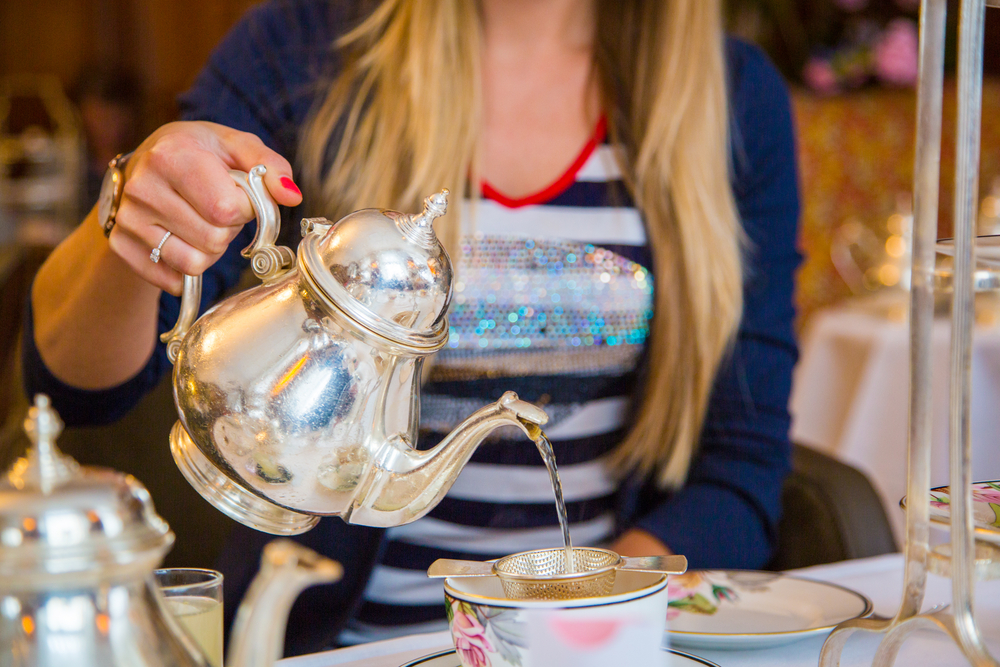 London is all about the merging of different cultures and cuisine, so what better way to showcase that than with a Japanese take on the British afternoon tea spread. It takes place at Ginza Onodera restaurant. There are several Japanese-inspired dishes that can be linked back to those available as part of Paddington hotel deals. For instance, the seared salmon with cucumber and plum dressing might be regarded as a deconstructed adaptation of a salmon and cucumber sandwich which you would find on a Harrods cake-stand. The tea selection is incredibly diverse and offers you an opportunity to try something new and delicious.

There you have it – a simple guide to quirky versus classic tea in London and what to expect from these different establishments. Though you shouldn’t treat it as a meal, as it is largely a selection of finger foods and bite-sized goodies, it is a substantial amount and you certainly won’t leave hungry – so make sure your lunch isn’t too big before going, or you may miss out on the pleasures at that await you in every mouthful.